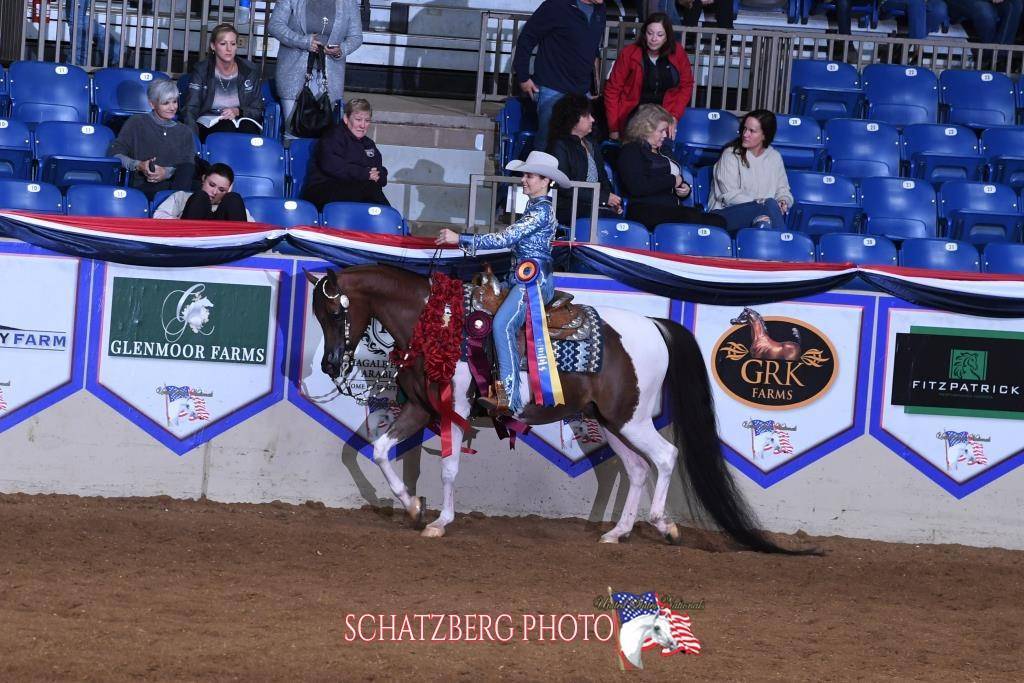 Heather Whitney knows she was born horse crazy.  Born and raised in California, she vividly remembers insisting her parents stop whenever they saw a horse so that she could pet one.  Eventually she was able to begin riding, and early on leased a Half-Arabian mare named Sweetheart.  Drawn by an admiration of the look, movement, personality and exotic history of Arabians, by the time she turned 12, Heather found herself immersed in all things horse care and Arabian horse heritage at Baker’s Arabians in Chatsworth, California.  It was through the Bakers that she became the proud owner of her first purebred, Ddallas (Taleeze x Gwalmaita Witez), and dreamed of someday being able to breed her own perfect Arabian horse(s).

Learning about horses, and about horse showing, Heather also purchased her next horse, Desert Topaz (AJ Ibn Negatiw x Topaze Spring), through the Bakers.  By 1993 she was showing under the tutelage of Wendy Potts out of Ventura Farms in Westlake Village, CA.  In 2000, she purchased her first big-time show horse, a 3 year old named Medicine Man V (Desperado V x Mosquerade V).  She and Wendy had tremendous success with the black gelding – whom she considers a once in-a-lifetime horse – in amateur and open classes, with his earning his Legion of Supreme Honor (+//) before being retired.

Living and competing near the heart of Arabian horse country in California (a stone’s throw to Varian Arabians), Heather knew that Sheila’s program was producing the kind of horse she had her heart set on someday breeding herself. She purchased her second Varian-bred in 2009, Bandy Dancer V (Sundance Kid V x Balquenette V), and enjoyed many years of versatility with him, doing everything from pleasure/trail riding, dressage, and working cattle.  He was retired in 2017 before Heather and her family moved from Southern California to Utah.  Bint Bint Balalinka V (Jullyen El Jamaal x Bint Balalinka) became part of the Whitney family in 2014, at the time in foal to Major Mac V.  The colt she produced, Brigadoon Mac V, was sold back to Varian Arabians as a weanling.

By the time Medallion Performance Horses was established in Utah (2017), Heather had been fortunate to have leased a few top mares from Varian Arabians, and had purchased others. The MPH breeding program is focused on producing Arabian and Half-Arabian performance horses with outstanding confirmation, willing temperaments, great movement, and excellent type… all of the trademarks of the ideal and versatile Arabian horse. Our program is steeped in a tradition of appreciation for the rich history of this amazing breed, including its tremendous character, intelligence, athletic ability, and captivating beauty. We strive to produce Western and Hunter Pleasure horses of exceptional quality that can also excel in other specialty disciplines and equine sport activities.

With a new foal crop on the way, young stars in training, and existing Champions, Heather and Medallion Performance Horses is looking to a very bright future.