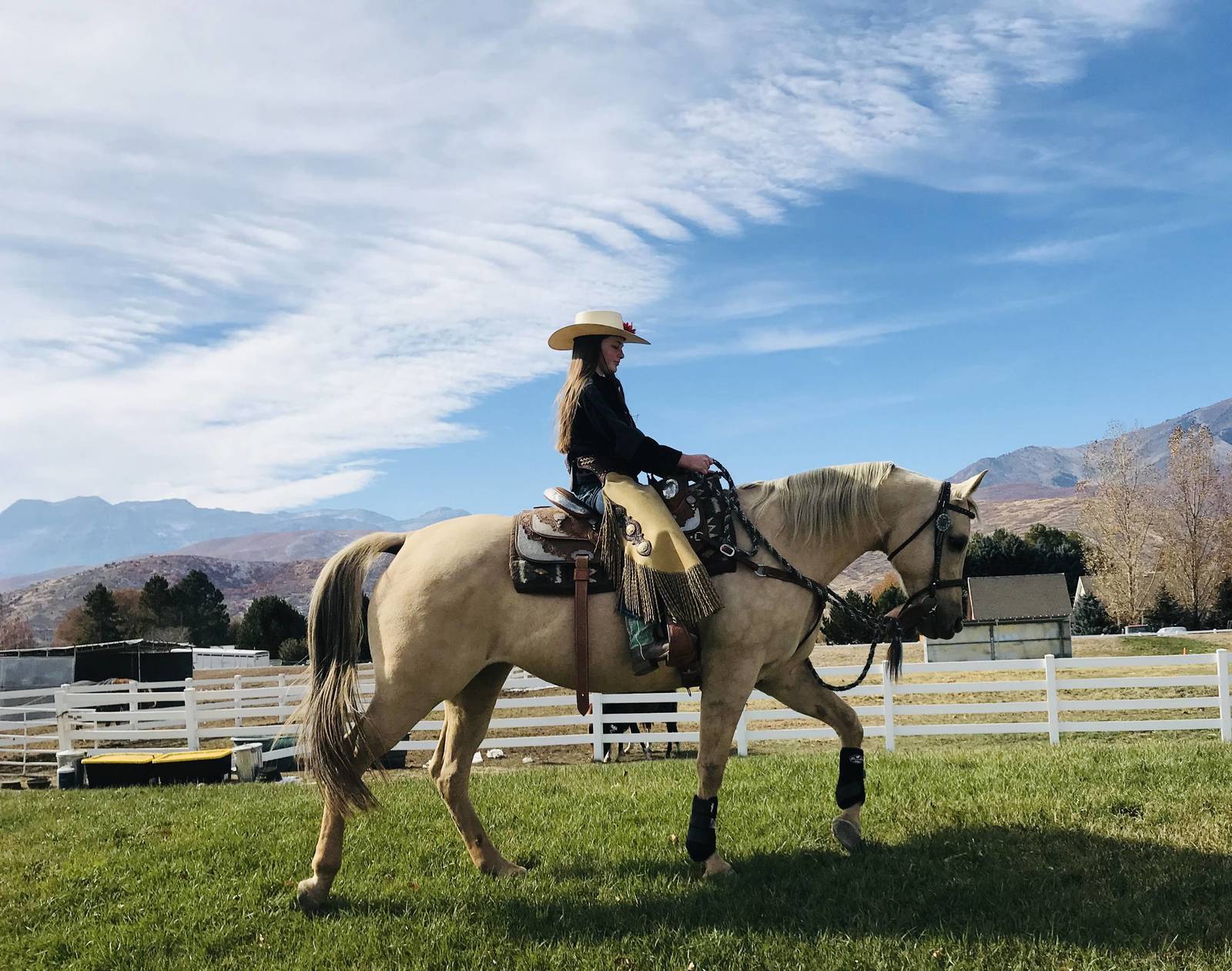 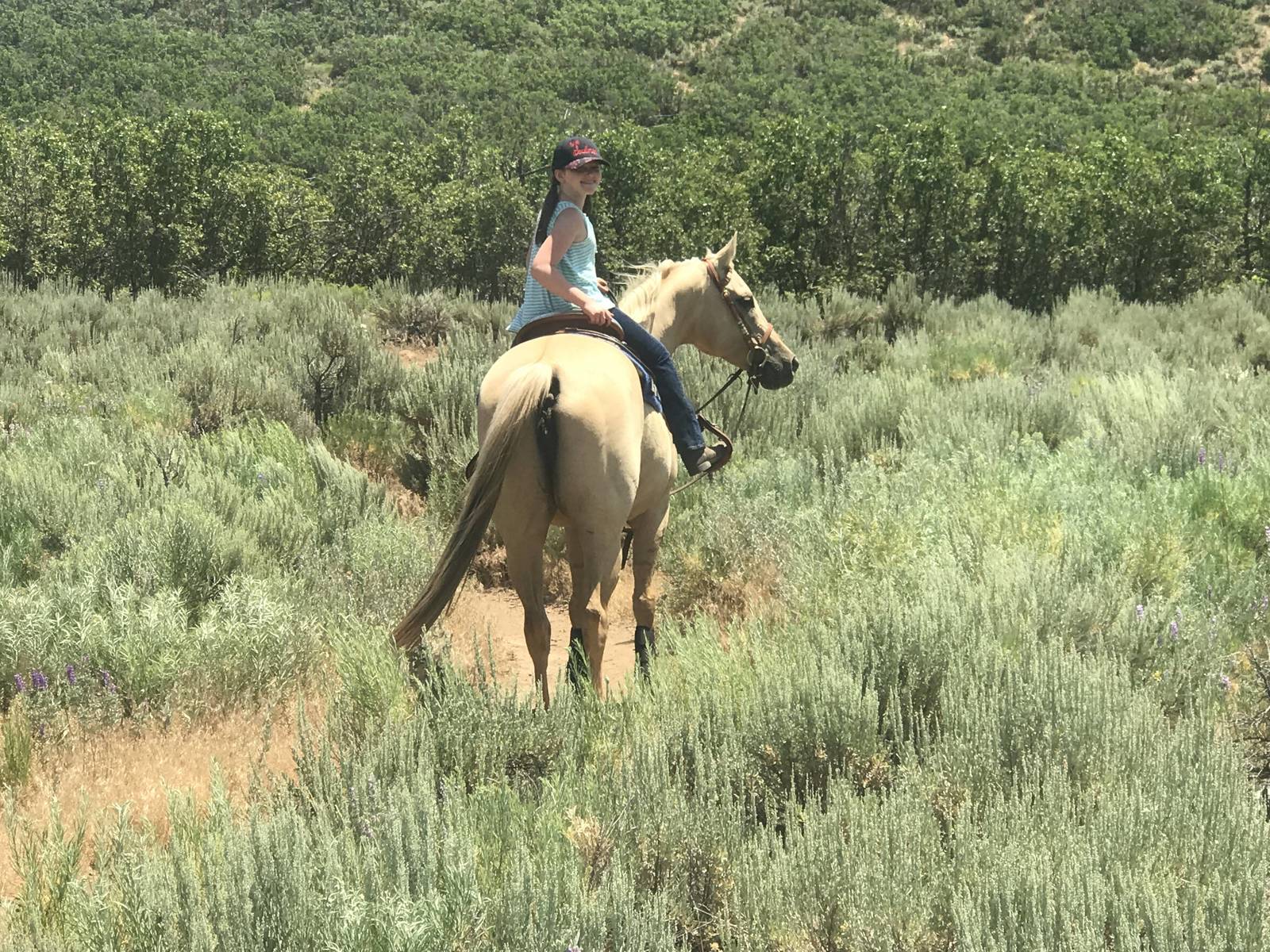 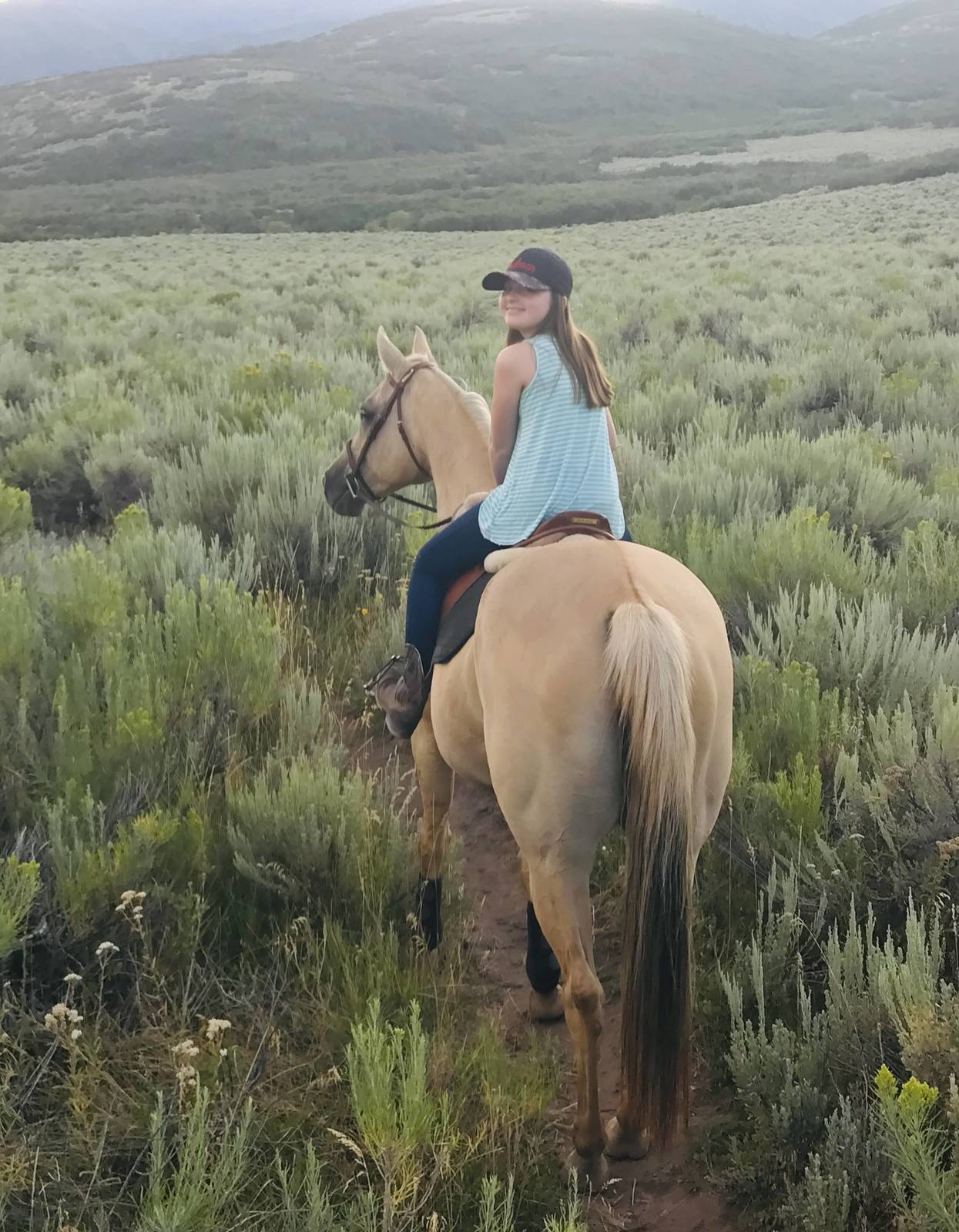 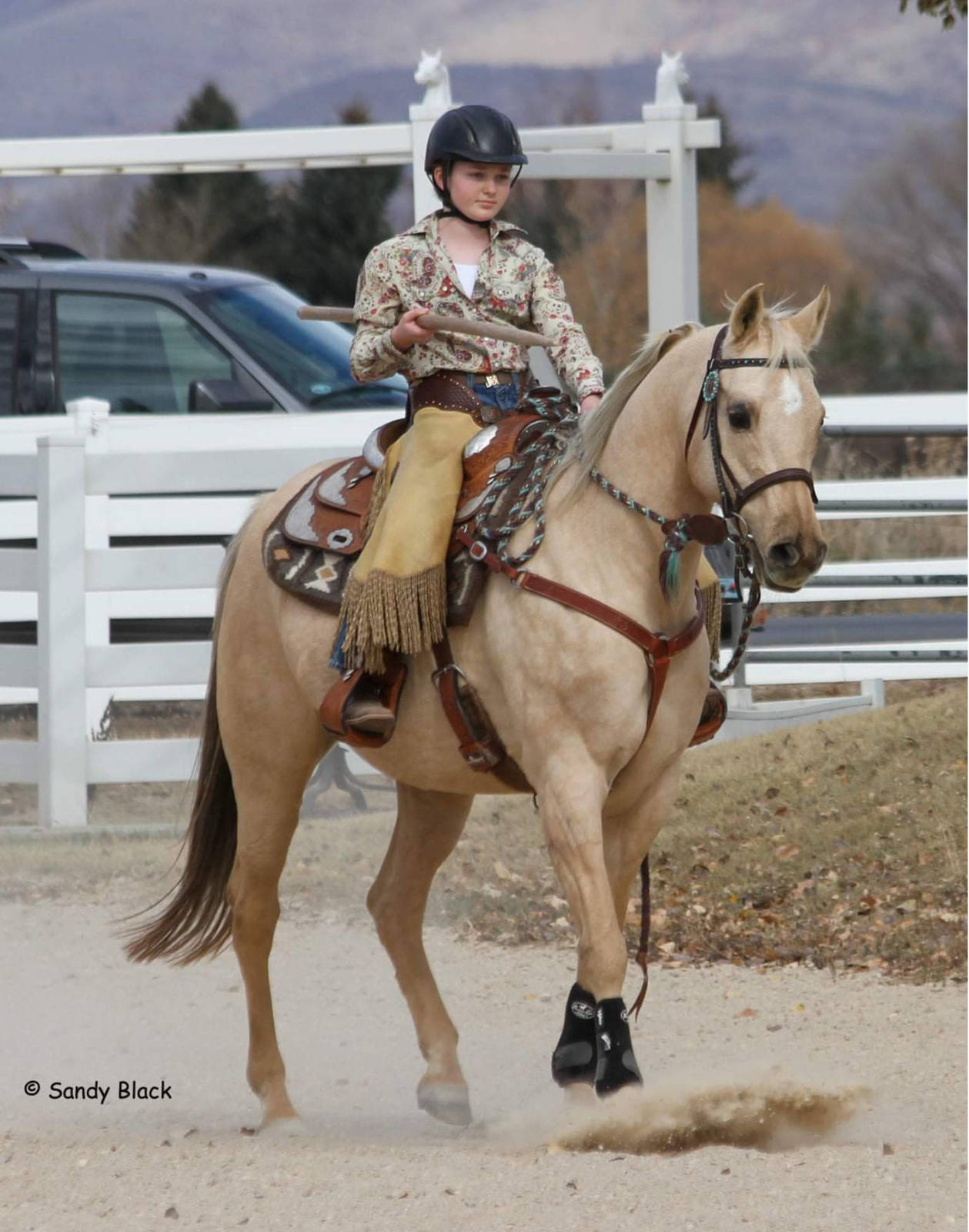 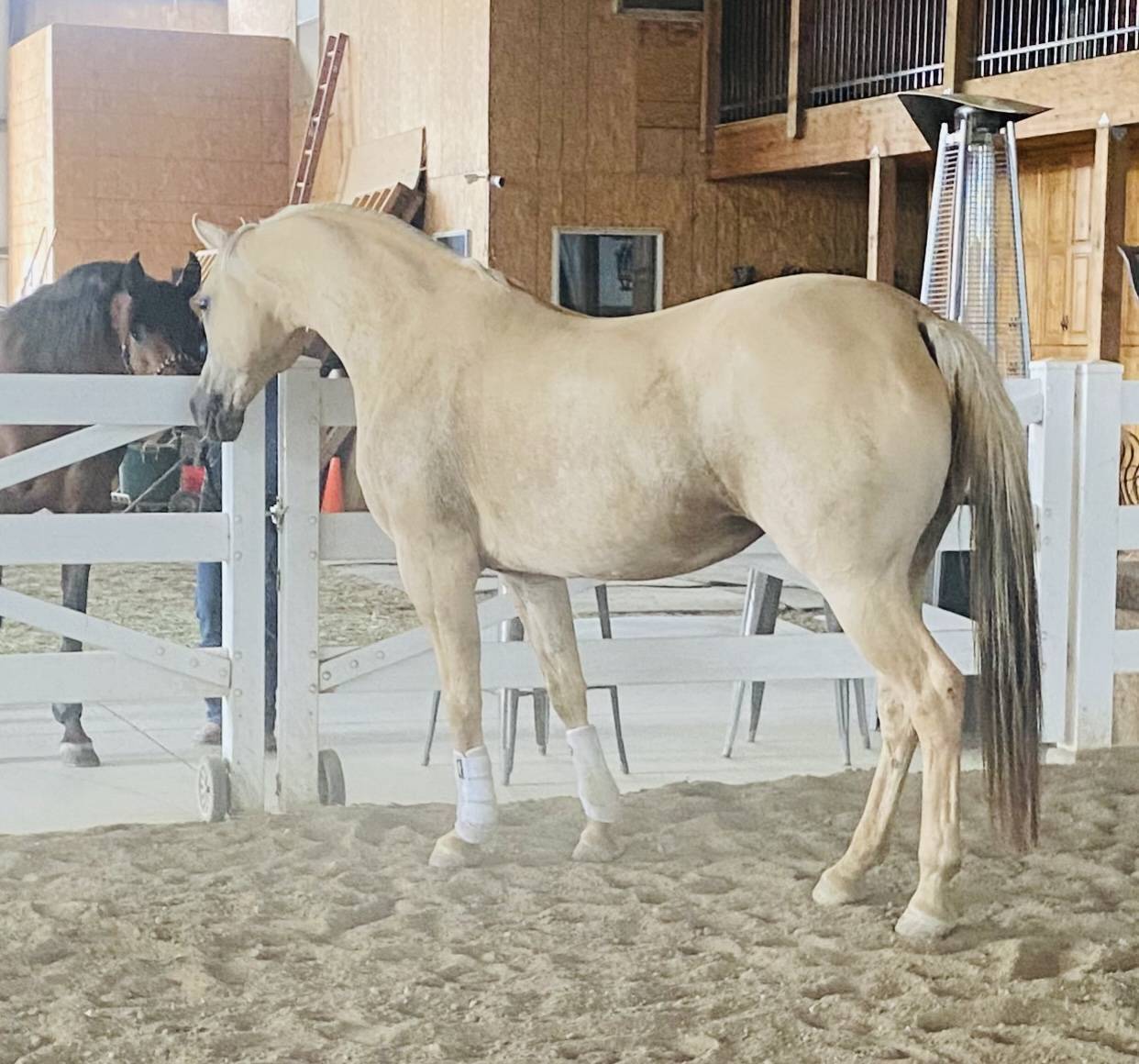 TR Chantilly Kid is a gorgeous and substantial half-Arabian/AQHA mare with great movement, conformation, and lovely neck and poll. She is stunning in both western and dressage tack and has an extremely willing and trainable attitude. In addition, Grayson does dressage, working equitation, and trail riding with Chanel.